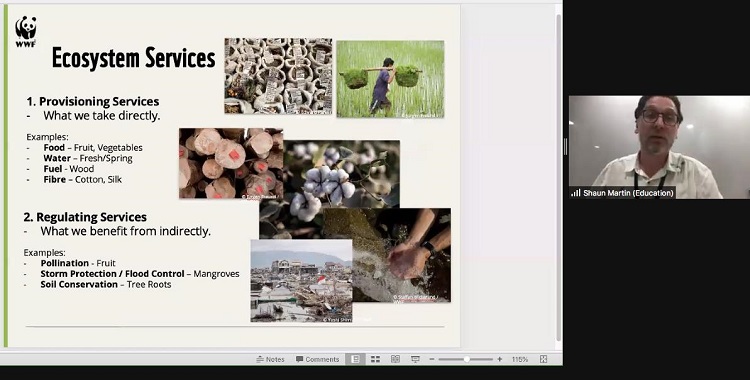 Guest speaker Shaun Martin, Head of Community Action at WWF talked to students on 4th March about biodiversity. Shaun discussed WWF’s work to protect Hong Kong’s biodiversity and the benefits of it. He gave specific examples of ecosystem services such as how bees pollinate plants and how forests prevent landslides etc.

He explained that biodiversity is threatened by climate change, pollution, and specifically in Hong Kong, urban development and illegal wildlife trade. Since 1970, biodiversity has decreased by 68% globally. To protect biodiversity, he encouraged everyone to change their habits, i.e use only what we need and eat a more plant-based diet.

Although being a compact urban centre, Hong Kong has an impressive range of wildlife including:

“We extend our gratitude to Mr Martin for joining us. He was an inspiring and highly engaging speaker who provided a lot of insight into the work of WWF and the importance of protecting biodiversity,” said Sam Hui (11W), WANBO leader.

From Theory to Practice, the Hess’s Law Investigation