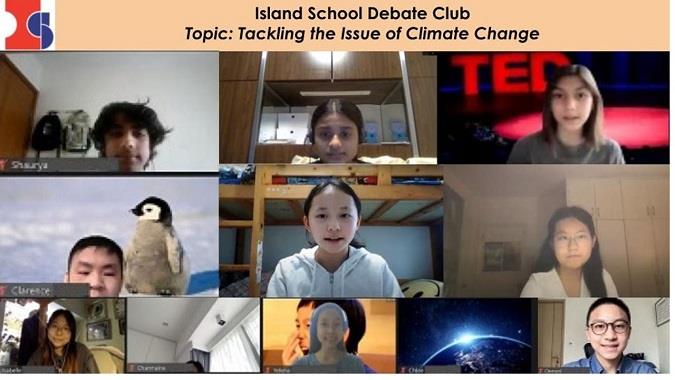 Despite the disruptions caused by COVID-19, the 2020-21 academic year has still been a year full of speaking, engagement and activities for Debate Club. Students developed their communications, analytical, and presentation skills through online debate sessions throughout the year.

What is the Club about?

Led by Mr Danny Nason, Grace Zheng (12F), Charlie Lam (11E) and Sam Hui (11W), Debate Club started with students learning about what debate truly is about by understanding how to structure, deliver, and organize World Schools’ and British Parliamentary debate speeches. They then undertook competition-styled debate practice to demonstrate the skills they have developed. Debate Club intermittently teamed up with Island School groups to debate specific and focused topics throughout the year. Students showcased their learning journey through a final debate competition near the end of the year, where they received feedback.

Key Highlight of the Club – Competitions

On 23rd January 2021, Grace Zheng (12F) and Charlie Lam (11E) qualified for Hong Kong’s Debate and Public Speaking Team. They were both named top ten speakers in the virtual trial round of the World Individual Debating and Public Speaking Championship (WIDPSC). Fiorelli Wong (11R) is a reserve for the team as well. Throughout the competition Hannah Wu (10D) also demonstrated excellent public speaking skills. Mr Danny Nason and Sam Hui (11W) represented Island School as the adjudicators on the day. 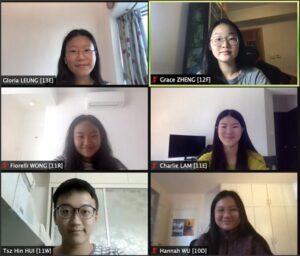 Mr Danny Nason, Debate Club leader, said, “We are very proud of all of the team and it’s an even more impressive accomplishment considering that these guys have largely coached and trained themselves over the past couple of years.”

Key Highlight of the Club – Events

Teaming up with various Island School focus groups, Debate Club members also discussed a variety of relevant and ongoing topics. For example, on 22nd March 2021, the Club worked with ISSJ to run a debate on the motion of ‘THBT the empowerment of women is the only way for society to progress forward’.

Debate Club leader Grace Zheng (12F) discussed why the club ran the debate, “We frequently hear talks about improving inclusivity and equity for women, but there is seldom discussion on what it takes or means to truly empower them. Through this motion, we hope speakers from both sides can take time to not only reflect on the role and impact of women in present society, but also look at the active steps we as a society need to take, now and in the future.” 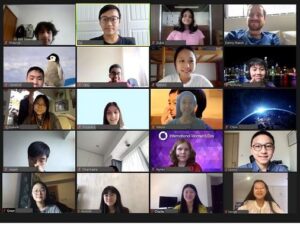 On 26th April 2021, students also debated the motion “THBT environmentalist groups should fully abandon advocating for the mitigation of climate change, in favour of campaigning for adaptation efforts instead” as part of Debate Club’s partnership with WANBO, to advocate the problems of the ongoing climate crisis.

Sam Hui (11W), club leader and WANBO director, said, “Thank you to all who have actively spoken in the summit. There are not many topics that draw out as much enthusiasm amongst our school community than the issue of climate change. This activity brings students under a common goal: to stand in solidarity to combat this ongoing global crisis.” 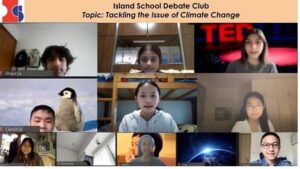 Key Highlight of the Club – Back on Campus!

Students welcomed the first in-person Debate Club session for almost over a year on Monday 7th June 2021. The session focused on providing students with the opportunity to participate in some real-life debating, putting all the skills they have developed over the past weeks into practice. Excited to meet their peers in person, students explored the motion, “This House Believes – developed countries should not accept skilled migrants from developing countries.” After delivering their speeches, they received feedback from the activity leaders.

Debate Club – Back On Campus!

As Ralph Waldo Emerson said, “Speech is power: speech is used to persuade, to convert, to compel.” The Debate Club leaders truly hope that students will enjoy next year’s club experience and are looking forward to preparing everyone for upcoming inter-house and inter-school competition opportunities.

Debate Club is held weekly, day TBC. Year 7-12 students who are interested in joining the club can sign up on the Gateway next term.

Students praised for their dedication serving the local community