Black markets, eugenics and the relocation of refugees were just some of the topics debated by students at the annual Hong Kong International School Model United Nations Conference on the 12-13th of October, 2019.

Model United Nations (MUN) simulates real UN committees with students taking on the role of ‘delegates’, debating and writing resolutions to combat global issues. The theme of the conference was ‘On the Edge of Society’ and guest speaker Matthew Friedman spoke about the impact of human trafficking and modern slavery, narrating tales from his work in Mongolia, Nepal, India, and many other countries.

After two days of fierce debate, Ethan Yap (11W) was awarded the Best Delegate of the Human Rights Council and Noor Rizvi (11D) also got the Honorable Mention Award for her participation in the North Atlantic Treaty Organization. Jasper Ma (13E) was also a student officer at the conference, acting as the head chair of the Security Council.

MUN Director Mr Budd said, “Again, the students excelled themselves in embodying the Island School spirit. Model United Nations is a tough activity. It requires hours of preparation and research, whilst public speaking and debate are hard skills to master. The students performed admirably throughout the weekend. Both me and Ms. McPhee were most impressed by the responsibility displayed by students in debating and coming up with solutions for the world’s most pressing problems.”

Students who participated in the conference: 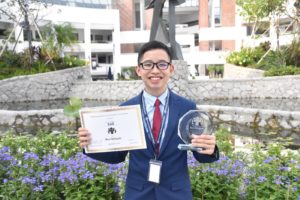 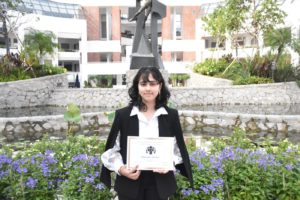 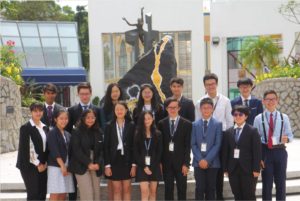