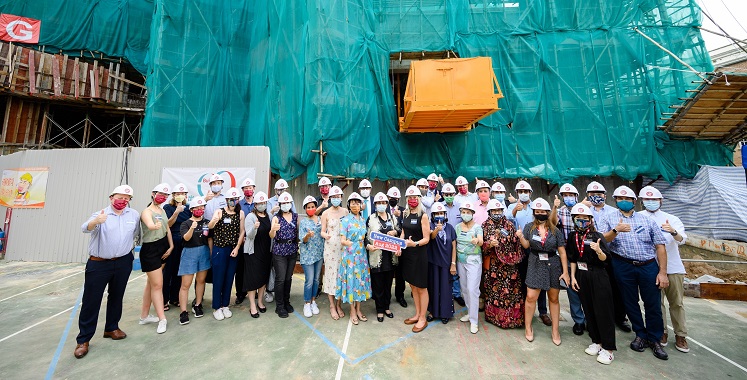 On Tuesday, 28 September Island School’s Founding Patrons were invited to the Borrett Road redevelopment site to celebrate their generosity at this exciting stage in the school’s history.

Principal Stephen Loggie welcomed guests and talked about the importance of the Islander network and its role in preserving the school’s legacy.

ESF CEO Belinda Greer warmly thanked all the guests for their commitment to ESF Island school and for recognizing the importance of investing in education.

Vice Principal, Paul Bentham gave a project update and confirmed that everything is on track for the August 2022 opening. He thanked the project team for delivering a world class new campus.

Head Students Grace and Yu Hang also talked about what Island School means to them in their secondary education.

Founding Patron and alumna Tehmi Master, Da Vinci, who joined Island School in the 1970s when it was in the old British Military Hospital, said, “First of all it gave me a huge sense of independence. By the time I was going to university I felt really confident that I could manage on my own, I could live on my own.”

“I was an average Joe at school, but I did much better at University. I hear that the students today say the same thing. Island School prepared me for my future.”