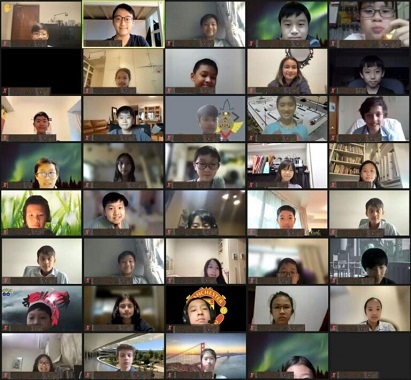 2021-22 has been an unprecedented year for Island School’s Debate and Public Speaking society. With the amalgamation of the two fields, students have had increased opportunities to explore their interests and showcase their talents through a wide range of competitions and activities. This update also includes information regarding the future of the activity!

What is the club about?

Led by Mr Darryl Hood, Sam Hui (12W) and Charlie Lam (12E), Debate & Public Speaking Club strives to amplify student agency through fostering their talent in communication and public speaking techniques. Students have also considered the importance of respecting and embracing diverse opinions and what it means to be critical and creative thinkers. They attended workshops to further their understanding of what it means to be a confident speaker.

Charlie Lam (12E), Head of the Debate & Public Speaking Club said, “We are so happy with the performance of every single member. Huge thank you to Mr. Hood for organising, preparing and inspiring the Island School team!” 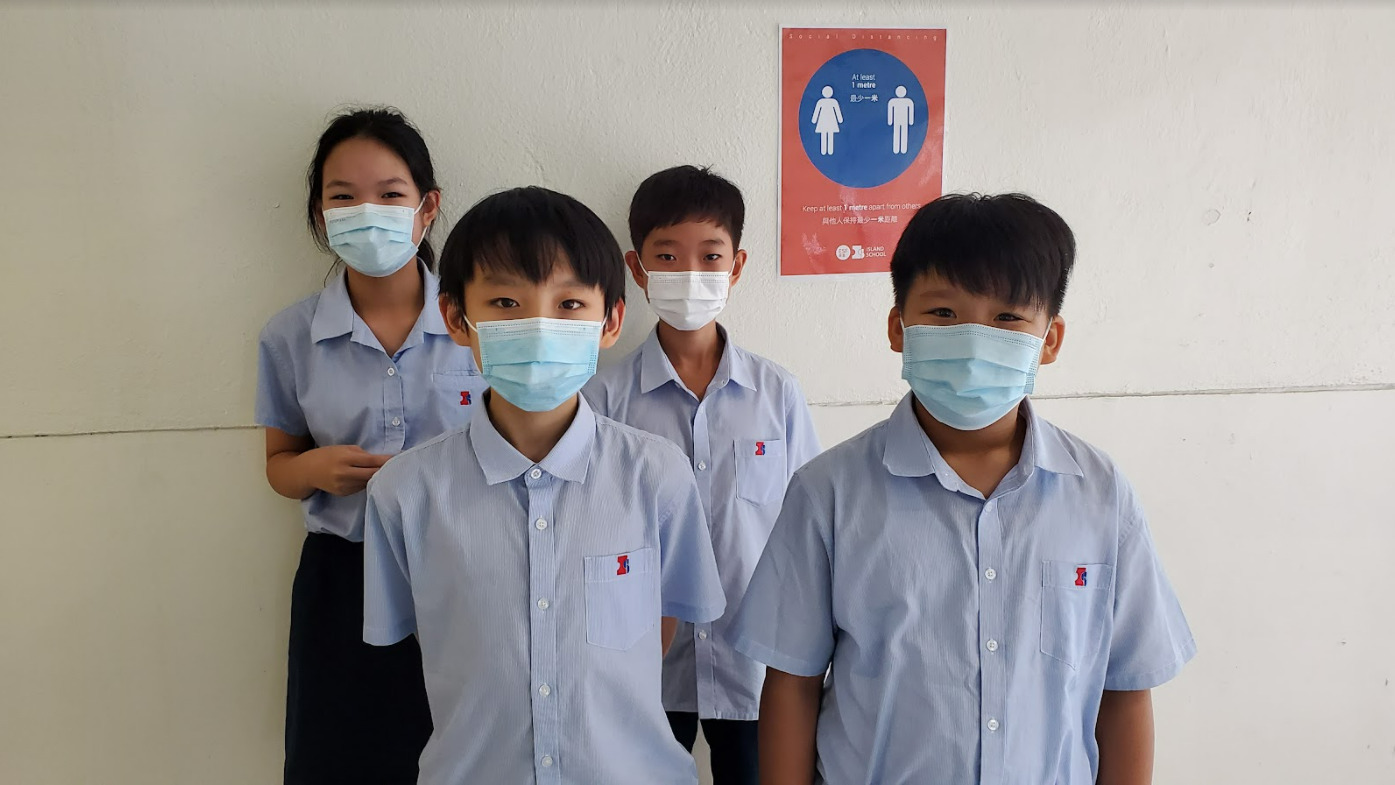 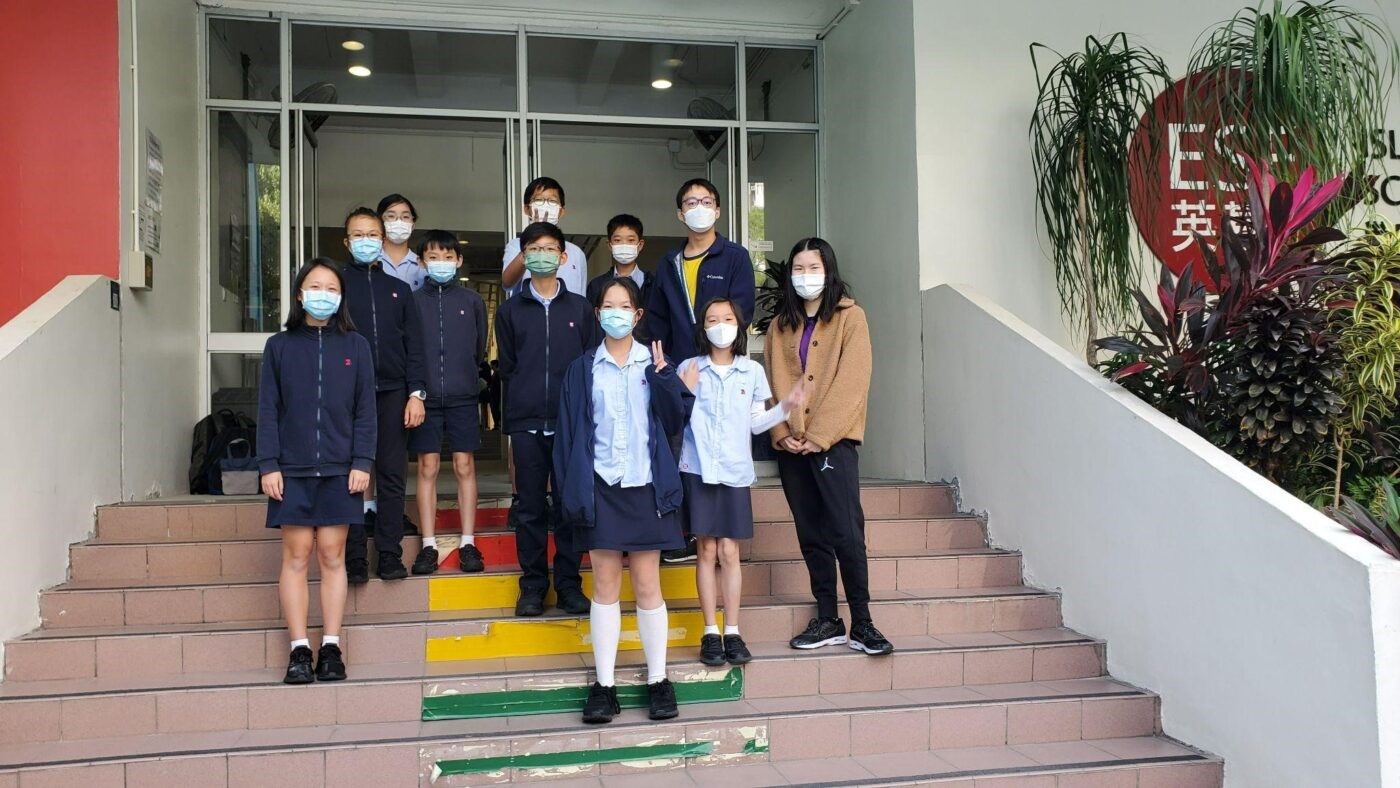 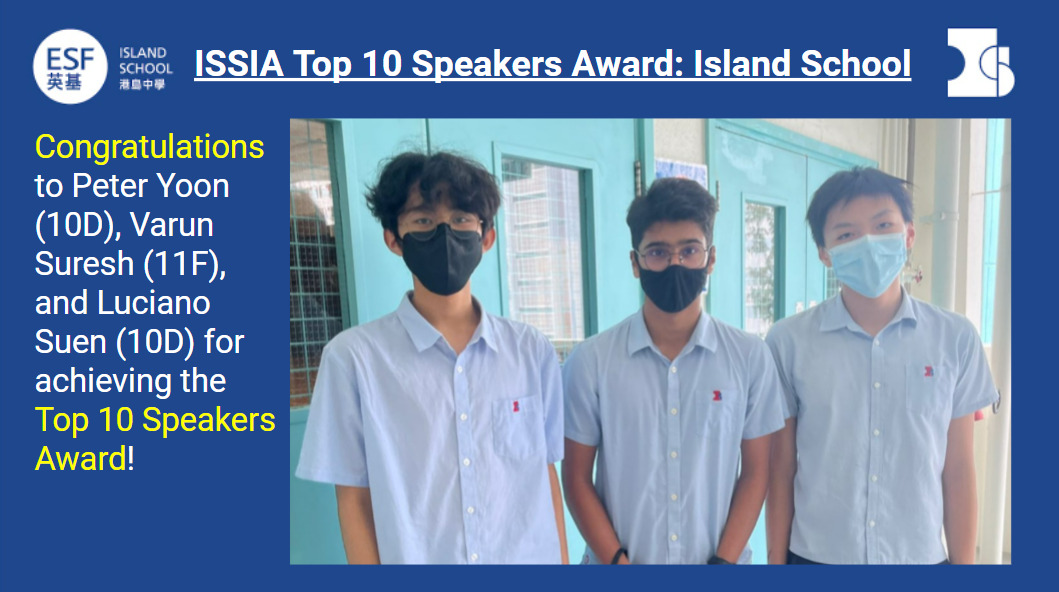 Sam Hui (12W), Head of Debate & Public Speaking Club, commented, “This year’s achievements have been spectacular – congratulations to all! Well done to everyone who has confidently put themselves forward to participate in the competitions on offer, as these really are a fabulous opportunity for passionate students to further develop their interests in speaking.”

On 6 December 2021, students researched, developed, and presented a speech on the topic of their choice in the inaugural Island School Public Speaking Skills Showcase. From the impacts of world hunger and the future rise of the metaverse, students spoke eloquently about their issues and received feedback from the activity leaders.

From 7 March to 24 March 2022, a combined Middle/Senior phase Inter-House Debate Tournament was run, with teams made up of Year 9-12 students. All six houses participated in 30 heated debates on topics ranging from esports to population control to future technology in Island School’s Inter-House Debate Tournament. Congratulations to Fleming House for winning the Grand Finals against Wilberforce House! Mr Darryl Hood, Head of Debate & Public Speaking Club, and Inter-House Debate Competition organiser, said, “It’s been a great competition this year. The final standings were very close, and both teams [Fleming and Wilberforce] were excellent throughout and provided a great spectacle for the rest of the school on Zoom. It takes a huge amount of courage to speak in front of a large audience and engage in a complex discussion, particularly considering they had only received the motion and their stance just a day beforehand. Their maturity, insight and passion shine through the whole competition.”

On 14 March and 21 March 2022, a series of debates were held as part of Social Action Women’s Week and Diversity Week. Teaming up with Island School’s Social Action Group, the club celebrated diversity, equality and inclusion through these activities. Ms Maryanne McPhee, Head of Individuals & Societies and Social Action Committee also commented: “Dialogue and debate is key to addressing issues of inequality and it is great to see Debate & Public Speaking Club engaging in this issue of gender equality in the workplace. Thanks to the leaders of this club for continuing to raise issues of inequality as part of your focus.”

On 17 March 2022, students from Island School and Diocesan Boys’ School came together in a collaborative SPAR-friendly debate session where students demonstrated their public speaking skills and shared insight on a variety of topics. Co-hosted by the Debate leaders of both schools, the session encouraged students to develop their debate skills and foster critical thinking. Vice-Captain of the Diocesan Boys’ School English Debating Team, Justin Cheng, explained, “It was a delight seeing aspiring debaters from both schools spar against each other, and seeing friendships and bonds blossom.”

Every year, the selection of upcoming Debate Club and Public Speaking Club leaders have engendered great attention from the community. The leaders congratulate everyone who has put themselves forward for the position. The leaders are then selected through a rigorous and extensive review process. As Island School returns to Borrett Road, more activities will be prolific and these leaders will help ensure that debate and public speaking are to their highest standards. After careful deliberation by the activity leaders and a community consultation process, the activity is delighted to announce the following students will step up to a leadership position next year:

All leaders are incredibly experienced in the field and have actively immersed themselves in the activity over the past years. Congratulations to the leaders for being appointed for the position.

More information regarding signing up for this activity can be found on the activities system next term.