Island Arts cranked things up a notch this summer with a festival of creativity the “Circus of Dreams” on 8th June 2017. 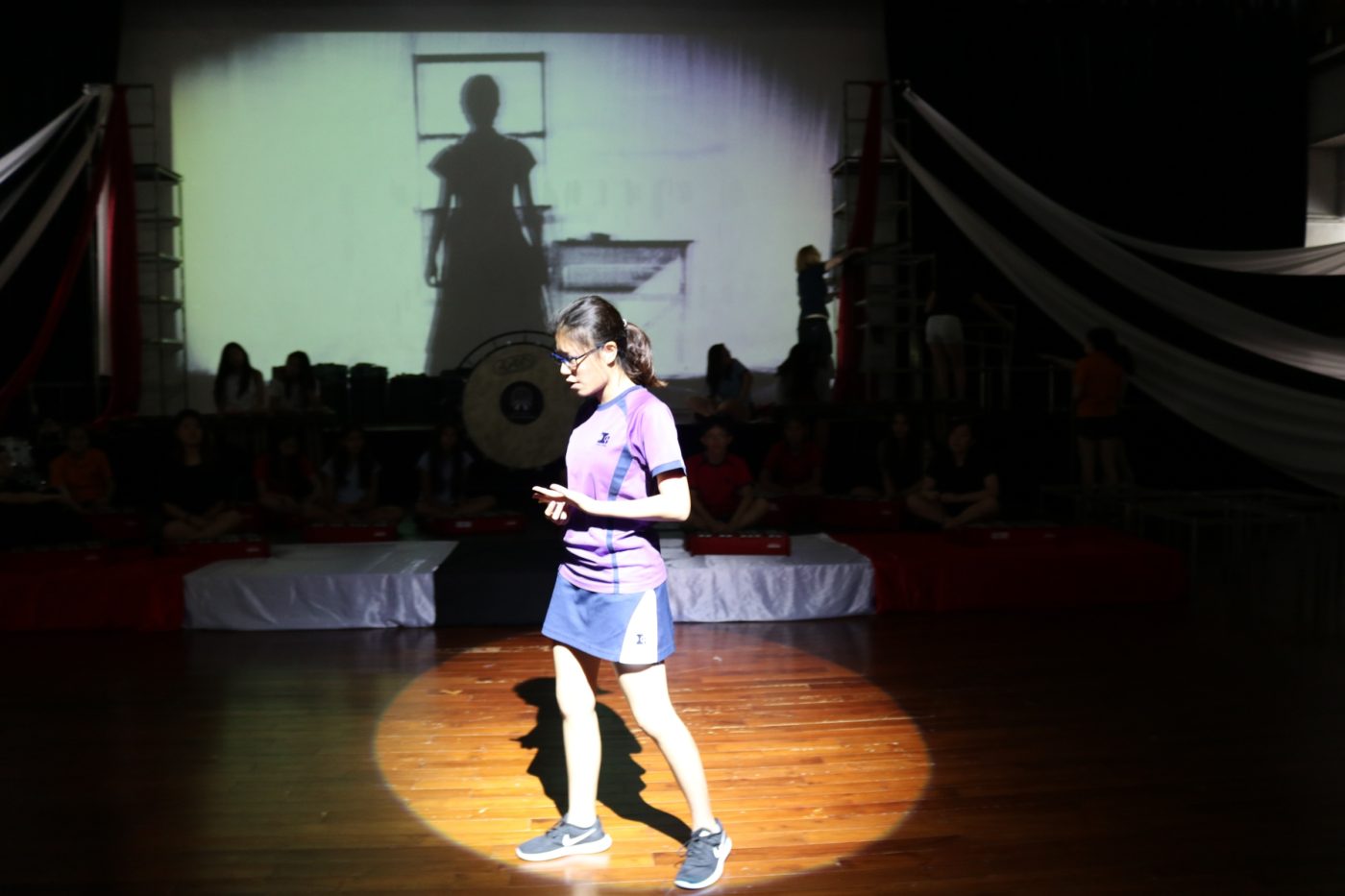 The Circus of Dreams was based on the novel Night Circus by Erin Morgenstern which students from; visual arts, drama, music, film and dance used as inspiration for this fast pace – nonstop show.

Guests arriving to the Circus of Dreams were invited into a tranquil art gallery, were dancers elegantly twilled ribbons and puppets performed. But the intensity of the evening quickly changed, whistles blow, drums banged and all trooped into the Big Top for the opening number which saw all the arts explode on to the stage.

After the opening number the audience moved around the “sideshows” in various locations around the school. They ranged from an ‘ice sculpture’, to an immersive theater piece, where audience members got a feel for circus work.

Gloria Leung 9E, performed a scripted monologue as the character, Leah, in which she explains how she found the circus. “I enjoyed every single part that led to the show,” she said, “from writing the script for the immersive piece to actually performing it. I also really enjoyed working with a small group, so I could get to know everyone very well and bond with them.”

The whole show was highly well received, by both teachers and parents alike. “Circus of Dreams was an absolutely brilliant evening of creativity,” said Vice Principal Jenny Hodson, commenting that: “In all of the shows that I saw, all of the students seem to be so engaged; they were really enjoying it. There was never any downtime – one thing moved to another, and that was absolutely brilliant.”

Circus of Dreams was the culmination of sixteen weeks of work by students from Elements courses Island Arts.

By Van An Trinh, Media Team